Built in Pothia, in the center of the island’s capital, the new Archaeological Museum of Kalymnos was launched in 2009 and hosts ever since the “Lady of Kalymnos.”

This great work of Hellenistic bronze sculpture depicts a woman with her body covered with a fringed tunic and a robe. It emerged unexpectedly from the Kalymnian sea in 1995, as it was caught into the nets of a local fisherman. It was then moved to Athens and after many months of conservation works, the “Lady” was exhibited in the National Archaeological Museum. Now, “she” is the premier exhibit of the Archaeological Museum of Kalymnos.

Other exhibits include antiquities from the Prehistoric and Post-Byzantine era, presenting thus timelessly the island’s history over millennia. At the same time, the plurality of sculpted offerings found in the Temple of Delian Apollo and also a huge statue of Asclepius impress every visitor.

Among the exhibits you will see bronze and marble sculptures, exquisite ceramics, coins, jewelry, pictures and manuscripts from the Byzantine era and much more.

While entering the exhibition, you will be briefly introduced to the history of the island. Right after, you will see a showcase of individual items, which have been either products of illegal excavations or delivered to the Ephorate. In short, their origin remains unknown.

The exhibition then develops into two galleries and also in the first floor of the museum. The first section is dedicated to the prehistoric life on the island, with findings from excavations in caves (tools, utensils, pots, etc.) and findings from the Minoan period.

A special section is reserved for the most important religious and political center of ancient Kalymnos, the sanctuary of Delian Apollo, where many offerings have been found and retrieved.

The section closes with some inscriptions that offer valuable insight into the public life of the inhabitants, along with honorary decrees and testimonials for the status of women and the release of slaves.

Silver and bronze coins, cuts of Kalymnos, Kos and foreign cities are presented in the second room, which includes mainly the findings of the ancient settlement Damos.

Another section is dedicated to the kalymnian necropolises and the valuable findings that emerged from the excavations held in them, such as gold jewelry, diadems, crowns, earrings, rings, ceramics and glass works. The room is however dominated by the “Lady of Kalymnos” and other parts of copper sculptures that were recovered from the seabed. 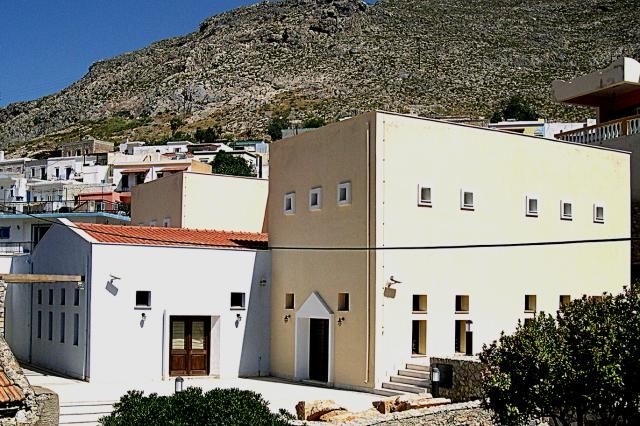 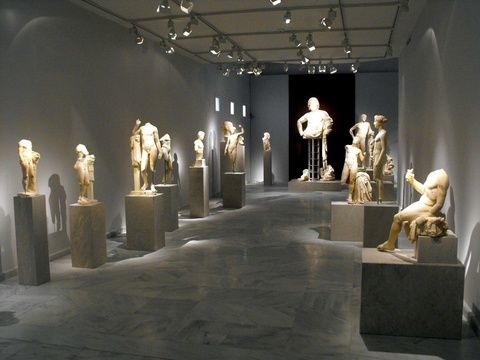 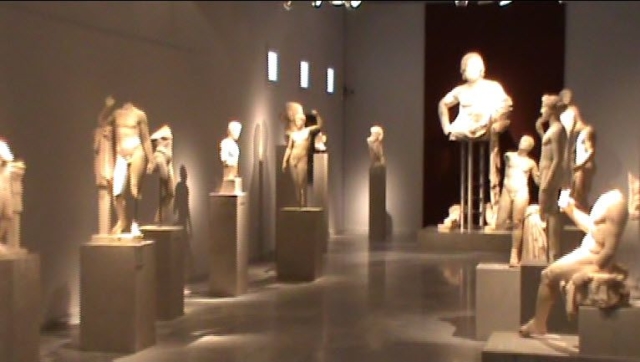 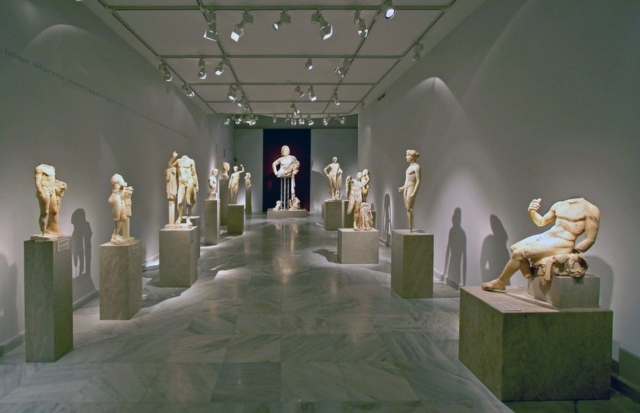 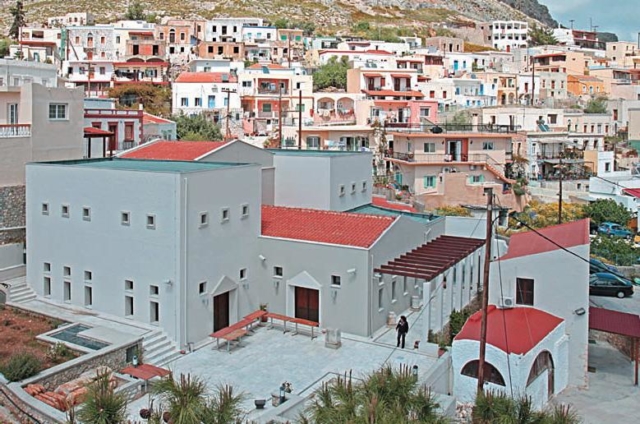